19 Popular Feng Shui Products With Their Meaning and Significance

If you have been researching around, there are mixed opinions or differentiated expert views on Feng Shui products. Some claim it to be a magic charm, while some avoid it as plague. There is no right or wrong in this matter because it still depends on individual preference and belief. You must be comfortable with it because it also works as physiological healing to ease your mind. Today, we will cover a comprehensive list of Feng Shui products and their symbolism. If you are unsure of the use and placement, approach your trusted Feng Shui expert for advice.

It is very common to see Feng Shui products depicting as animals or mystical creatures. Many people believed these symbols can help you improve a certain aspect of life by using specified animals. In some practices, where zodiac sign is involved, it is believed that you should not use a clashing. For example, if you belong to dog zodiac, it is not advisable to use dragon symbol.

You can refer to this zodiac compatibility chart for your reference.

The Dragon is one of 4 celestial animals and is ranked as the most powerful symbol of Yang energy. It is often being used as an auspicious symbol to enhance authoritative power, nobility, success, divine protection, wealth and attracting plentiful opportunities. It is also believed to attract wealth and prosperity. The best placement is near to a water fountain or in the East sector of the house.

Similar to the dragon, the Turtle or Tortoise is also one of the 4 celestial guardians. In Feng Shui, this auspicious animal represents longevity, protection and good health.

It can also be applied as a cure to mitigate negative energy coming from external environment. It is usually being positioned near the main door or balcony facing the pointed edge of the neighbouring structures or buildings. Besides that, it can also be placed at the back of the house as a support and increase descendent luck.

Fu Dogs is a lion statue that is traditionally placed at the entrance of Chinese imperial palaces, imperial tombs, temples, etc. In the ancient times, they are symbols of family wealth and social status. These majestic lions were usually in front of rich homes, guarding the household. Nowadays, you will see them, usually in a pair outside commercial building or shops as protection. Therefore, they are not suitable to be placed inside the house.

There are many birds symbols of auspicious meanings and the most popular ones are the Phoenix. This symbol is usually coupled together with the Dragon symbolising blissful marriage. Besides that, Mandarin duck (Yuan Yang) is also one of the most welcomed Feng shui products that is believed to enhance romance luck and attracting your other half into your life.

Another widely seen bird symbol is the rooster that is believed to “peck away” backstabbers, 3rd party affair or betrayal, bring harmony and also help in your career advancement.

Chi Lin, also known as the Chinese unicorn is depicted to have the head of a dragon, carp fish’s scale and a deer hooves. They usually come as a pair, a male and female. It is also being used as an enhancer for enhancing the wealth and career luck.

For those who use flying star Feng Shui, it can also be applied as a cure for the afflicted sector of the three killings.

Feng Shui Horse is a good luck symbol widely known to bring fame, recognition and success in career. You can place these horses in your wealth corner that help to accumulate your money luck. Ensure that the head of the horses to be faced inwards, symbolizing the inflow of wealth into the household, instead of leaking out.

Note: Horse symbol might not be suitable for everyone. For example, those born in the year of rat should not be using horse figurines because of a conflict in their zodiac animal birth sign.

The three-legged wealth or money toad (金蟾) is one of the most powerful and popular Feng Shui symbol for wealth luck. It is best to be positioned at your wealth corner facing inwards, especially the one which is depicted with a coin in the mouth. It symbolises attracting wealth into your house. Do not place it on the floor or in the bathroom.

In many Asian countries or culture, an elephant is being considered as one of the most auspicious sacred symbol that you can place it in your home to attract good fortune, good luck, fertility, longevity, wisdom, strength, success and many more. You might also interested to find out when you should use the one with the trunk up or the one with the trunk down. 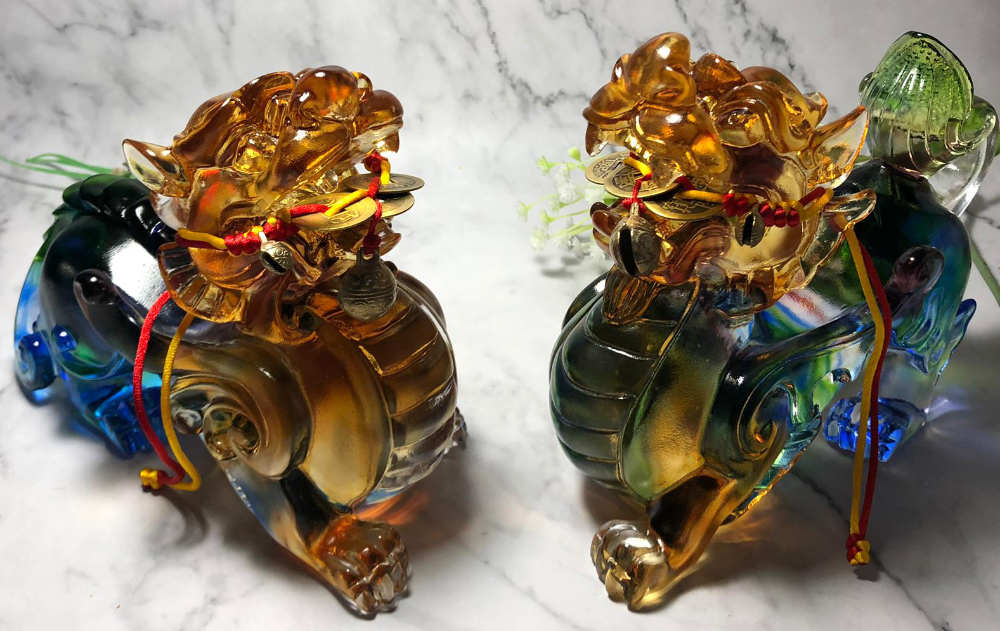 A pair of Pixiu symbolising attracting and accumulating wealth

This celestial animal is a mythical beast in Chinese mythology, embodied with a dragon head, horse’s body and Chi Lin’s feet, similar to a lion. Besides that, it has beard under its chin and wings on both sides with flying abilities. It is believed that it can draw wealth from all directions and it doesn’t have any anus. This signifies that it only allows money to roll in and prevent them from flowing out. So Pixiu is well known for accumulating wealth into household and business.

If you are fish lovers, you will be delighted by the wide variety of auspicious fish symbols. They are Arowana, also known as the dragon fish, koi or goldfish that are well known for attracting wealth luck.

Many people will usually install a Bagua mirror to mitigate any negative energy from external structures. This is commonly seen when your main door is facing directly the neighbour’s door. However, we strongly advise against this method, because it might cause even more argument or quarrel. You must also ensure to choose the correct type of Bagua mirror for the right purpose.

Wu Lou is one of the most popular and effective cure to mitigate the negative energy and improve health luck. The brass Wu Lou (metal element) is commonly used to counter the flying star #2 (illness) and star #5 (misfortunate) that belong to the earth elements. It is also said to counter the situation if you have a room within a bedroom to subdue the 3rd party.

The most widely used design is the 5 emperor coins that represent the 5 most influential and powerful emperors. They are Sun Zhi, Kang Xi, Yong Zhen, Qian Long and Jia Qing.

These coins are used as Feng Shui cures to remedy situations that faced Sha Qi and also enhancers to magnify your wealth luck. For example, you can place a 3 emperor coins inside your wallet/purse. There are many uses for these coins, so be sure to consult with an expert for your unique scenario.

Ru Yi is being used as a decorative ornament that represents authoritative and power and good fortune. In Feng Shui, it is believed that the Ru Yi can assist people in gaining authority in their career and business. Therefore, it is more suitable to be displayed in the office, instead of home. However, some parents placed it on the children’s study desk, because it is said to help in the academic success.

Feng Shui is all about energy flow. Wind chimes are used to creating sounds that generate a positive energy flow and speed up good Chi movement. They can also help to minimize negative energy flow by getting rid of the harsh noise in the environment.

Water fountains or features are frequently used in Feng Shui application to bring in money energy into homes and office. Placing it in the right place can yield a desirable result, while a wrong one can also have negative impact. If you want to place it at home, put it in the correct position. Otherwise, avoid placing one.

Objects from the Nature

Plants with auspicious meaning are commonly used in a home or office to enhance the energy and balance the elements of the space. The most popular plants are the money plant and the lucky bamboo.

Beside plants, flower is another good choice not only to beautify your house, but can also improve the Feng Shui. Remember to use the correct shape, color and symbolism for the different sector.

Crystals have been trending in the western countries for mediation. In the recent years, the trend has also been picking up in the Chinese society. One of the most popular crystal is the citrine that is said to attract wealth luck (who don’t love more money) and rose quartz to enhance romance luck.

You might be overwhelmed by this exhaustive list of Feng Shui products. Most important is that you must love having these items in your space before getting them to your house. However, avoid over-clutter that can also disrupt the energy flow. Balance is the key for good Feng Shui. 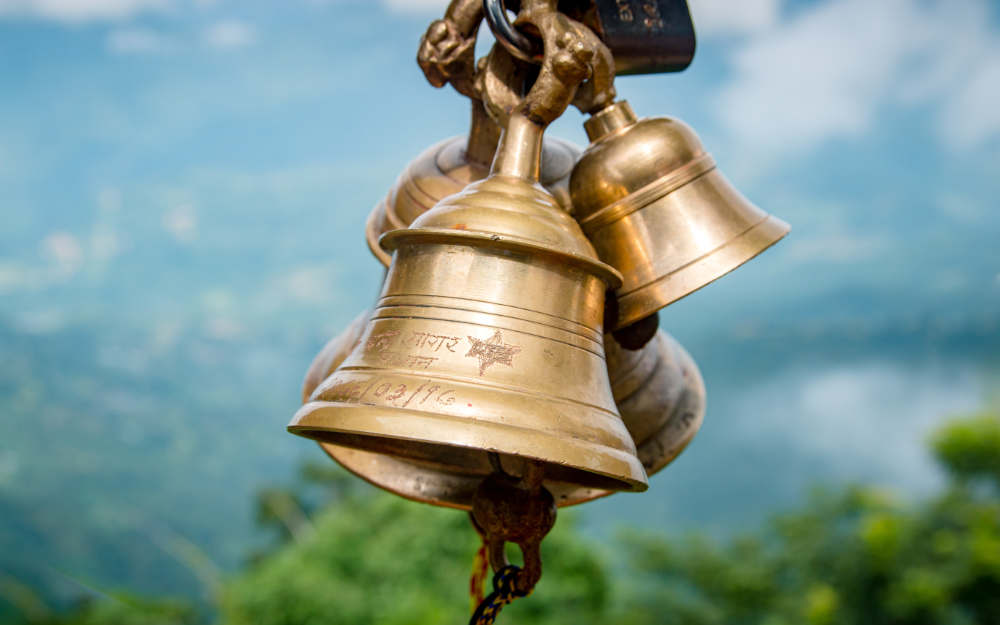 Feng Shui bell has always been employed as part of spiritual and religious practice in many cultures, especially in the Chinese, but what does it mean in Feng Shui? 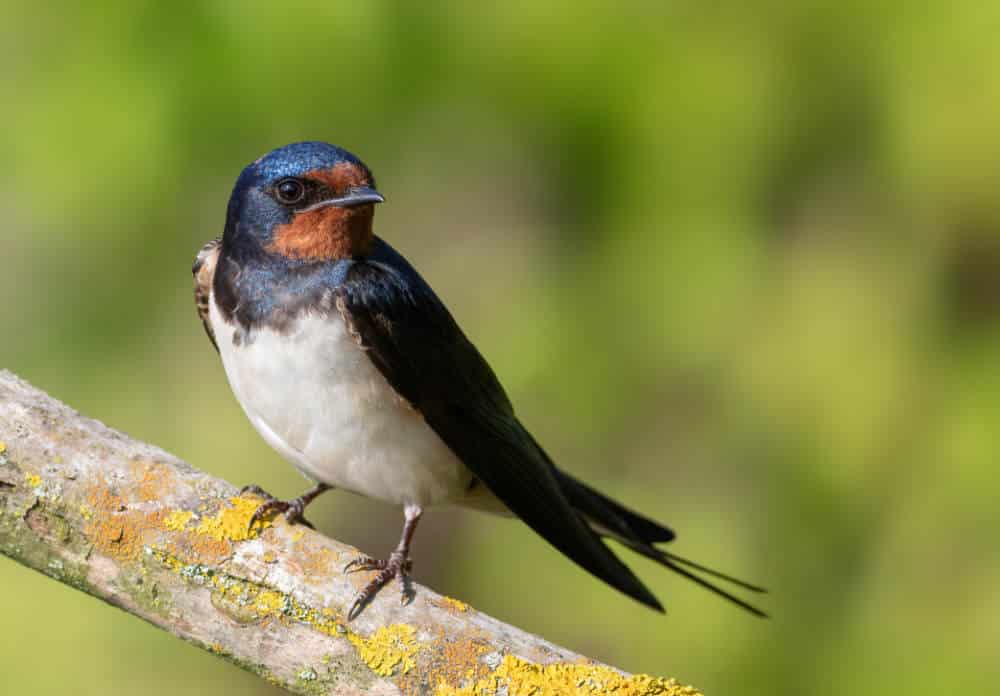 Symbolism and Meaning of Swallows Birds in Feng Shui

Symbolism and Meaning of Swallows Birds in Feng Shui

The meaning of swallows birds in Feng Shui is good luck and longevity. The Chinese believe they bring good fortune and happiness to people. 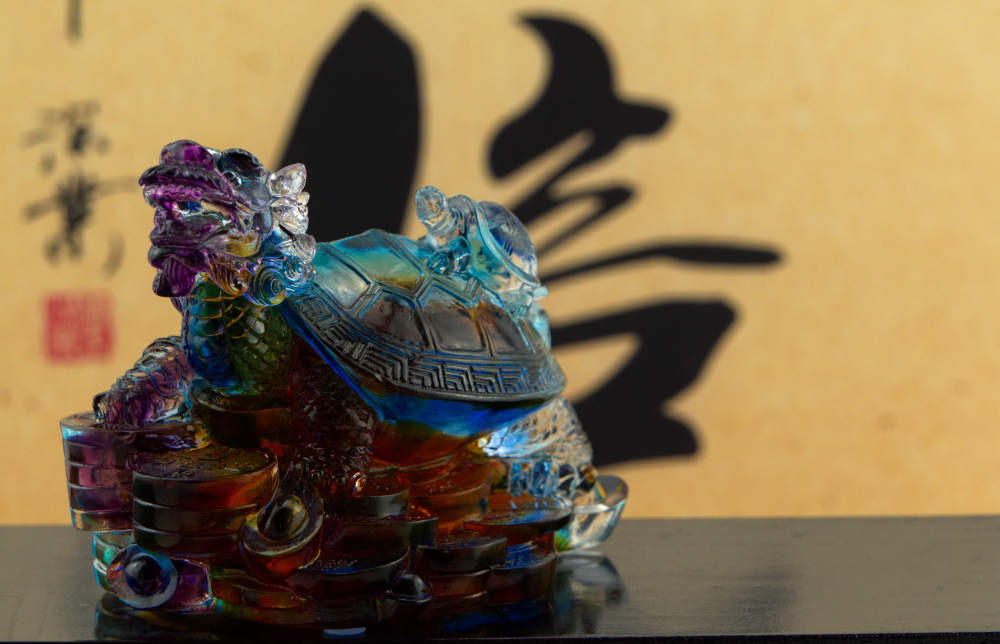 The dragon turtle ornament in feng shui application can be used as a cure or enhancer to attract wealth or neutralize negative energy. 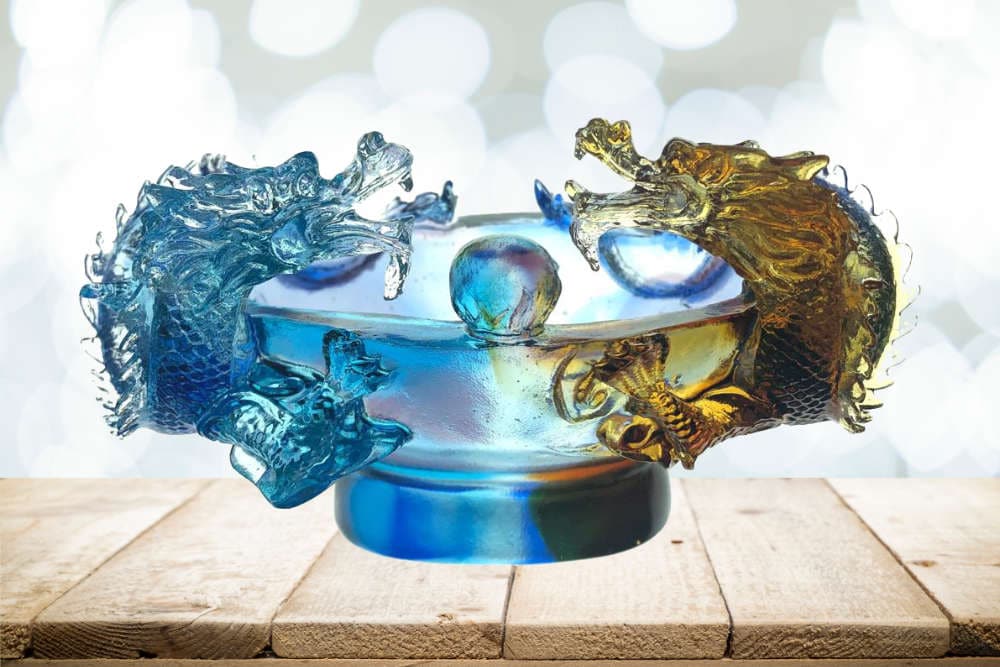 In Chinese culture of some Feng Shui practices, people like to create their own money bowl, but do you know the tips to do that?